Since the first UChicago MLK Celebration in 1990, an impressive roster of leaders and innovators have addressed the University and broader community as keynote speakers, including President Barack Obama in 2002. 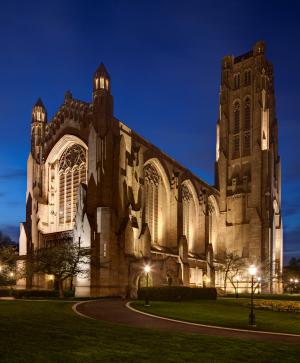 Rockefeller Memorial Chapel is the site of one of Dr. King's first major speeches in Chicago.